I am clearing up on of my shuttles and decided on another button ornament. Because it isn't a full shuttle, I decided to try the age-less hens-and-chicks design.  Here it is, with the stitch count included. 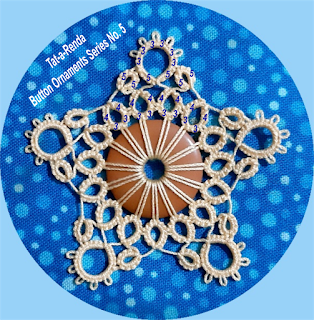 Donut size is 2.2cm. Thread is Olympus Special. Finished size is 5.5cm wide, measuring from the left tip to the right tip in the photo above.

This circular medallion is the 2nd pattern given in Our Women's Section of the Weekly Times published on 8 October 1932, as provided by the Trove site. 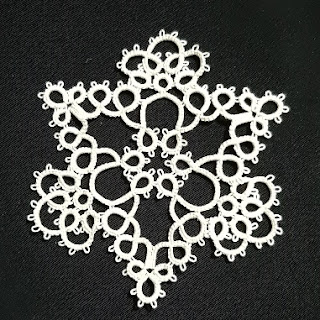 It is actually a triangle with scallops added on the straight sides of the triangle to give an illusion of a circle.  Very clever, I think. 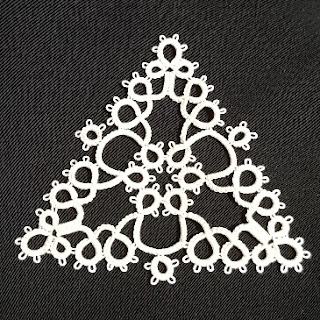 I tatted this with two shuttles as at certain point you need not do reverse work, though it was not stated in the instructions.  I had to check the photo in the article a few times to make sure I got it right, after throwing away the first take.

A point to note, if you plan to tat this also.

There an inconsistency in the instructions for the middle set of rings. For the second ring, it asked to join at two picots, the 4th and 5th picots of the 1st ring, but the photo showed only one join at the subsequent repeats.  I went with only one join.