I was in Spotlight on Sunday and was pleasantly surprised when someone I have not seen for over 40 years dropped by at the craft room. She drove from over 80km away just to have a look at what Spotlight is all about because almost everybody was talking about it. 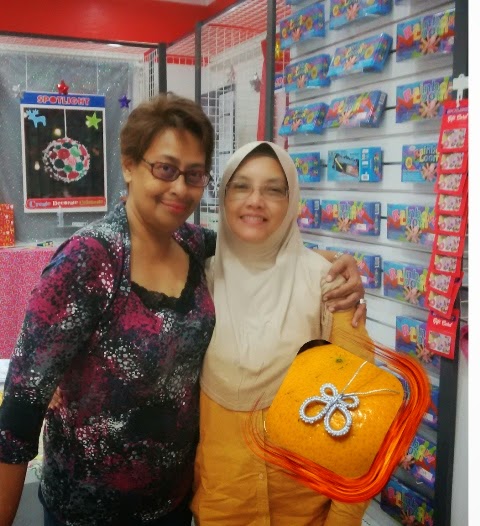 This is Nurima (or Kak Nuri) who attended the same school as I did over 40 years ago.  She walked into the Craft Room where I was at, and called me by my online name, Jon Yusoff.  She had been a follower of my blog ( and I am not even aware of it). She sat at the table and we started chatting about tatting, at first, and went on to other things.  That was when I found out that we attended the same school, where she was a senior there.

She was looking for shuttles in Spotlight - but did not find any, not surprising - and I told her that I have some with me.  The conversation proceeded to learning how to tat. It was a short lesson, just over an hour, but I am happy to say that Kak Nuri got the flip at the first attempt.  She is one smart lady, otherwise, why would she be appointed a prefect in school.

A few days later she sent me a picture of her first finished project, a butterfly, shown in the inset. Looking forward to seeing more tatting from her.
5 comments:

Email ThisBlogThis!Share to TwitterShare to FacebookShare to Pinterest
Tags tatting in Spotlight

My first completed Jan Stawasz pattern, Doily III from Tatting Theory and Patterns.
I used up almost one ball of the grey variegated and about three-quarter of a ball of the solid blue.
I had started on another doily before this one but looks like I may have to start over on that one because it is not quite turning out how I would have liked.

Seen together in the photo are three of my treasured shuttles, a red clover, a milward and an engraved Hinton shuttle.

On another note, it was an eventful weekend for me.  I attended my class reunion celebrating 40 years since we were in school together. I attended an all-girls boarding school and 106 girls (ladies now) attended from six classes.  Here are the girls of my class, each successful in their own way. Certainly brought back a lot of memories. 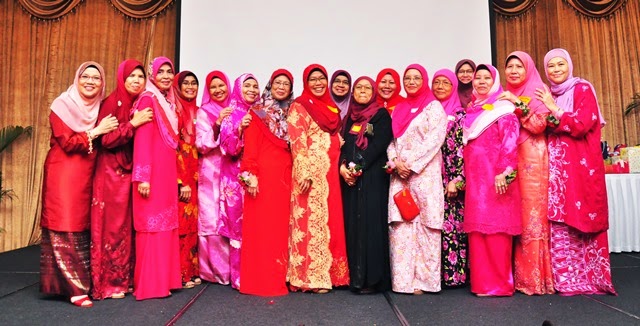