One ball of size 80, DMC in particular, fills up just under four shuttles. 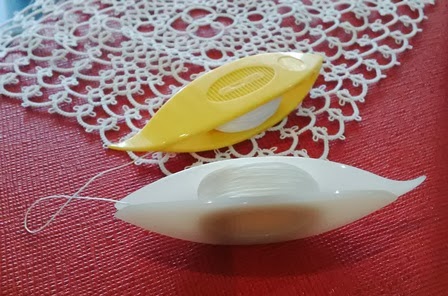 How do I know?

I have been working with size 80 thread this past week.  I have not worked with anything smaller than 40 but for this current project I will be needing more than one ball and the only ones that I have is the size 80.  I have forgotten how it felt tatting with fine thread and now I understand why some tatters keep picking up these fine sizes to work with.

I have finished one motif of the project and it used up almost half a ball of the size 80.  The way it is going I did the right thing to pick that thread because I am going to need at least two balls for it.

This is what I managed to finish with two full shuttles of size 80, one square and a little bit more of the second square motif.  The complete square is 4.5in wide (11.5cm). 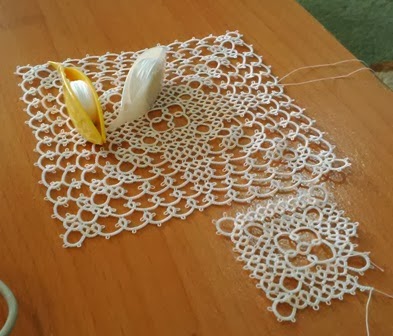 I like to join similar motifs together to see if there are any underlying design the pops up, and I think this is one of those time that it may turn out quite well. If you have been to my facebook page Tat-a-Renda, you would have seen a representation of it.  Here it is again, for those who are not on Facebook. 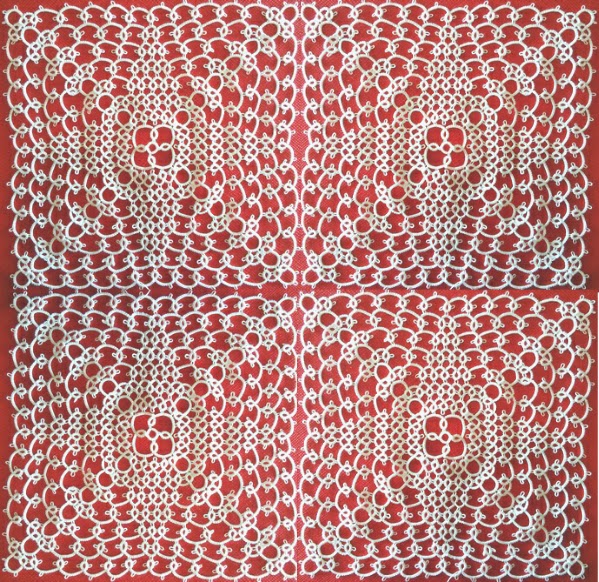 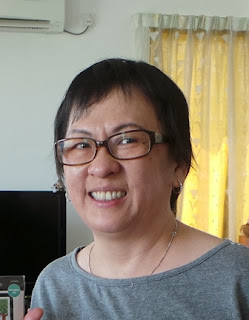 I have known Janet for slightly more than seven years.  A bubbly person with always a pretty smile on her face.  A very good and generous crafter always sharing tips and technique on a variety of craft - patchwork, cross-stitch, tatting, fabric poscards, moos, whatever that you can think of.  She regularly attended our craft meets even when she had to travel far by bus or train.

Sadly, early this morning Janet left us due to cancer.

This tatting quilt block that I made was for her. 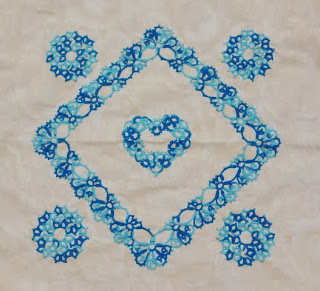 When Nik (the owner of the NNC craft group) realised that Janet's health was detriorating, she decided that the members should do something for her to cheer her up.  The idea was mooted late last year where it was decided that we should make a quilt.  So, a number of us agreed to prepare a block each for the quilt using our own craft ideas.

The assembly of the quilt was not without some anxious moments since the blocks are coming from all over the place, including from Switzerland and the US, with the one from the US held by customs for quite a number of days.   But, thankfully, the higher powers know what and why we are doing this, and the quilt was finally done last week. 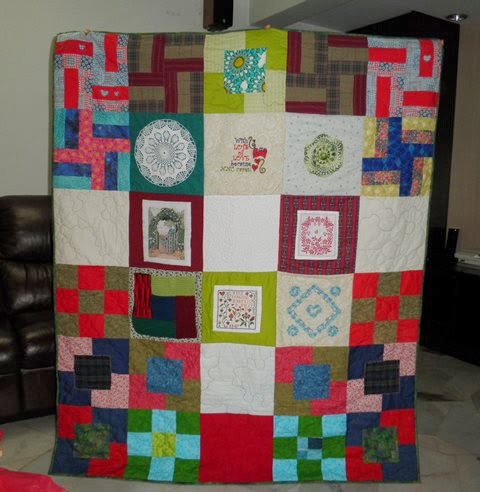 Nik, Rose, Paul and Radha hand-delivered the quilt to Janet at the hospital on Saturday and today, four days later, we received the sad news of her passing.

I will always remember Janet for her beautiful smile, and will cherish the gifts that she made for me.
My condolences to her family.
15 comments:

Need a Name for a Doily 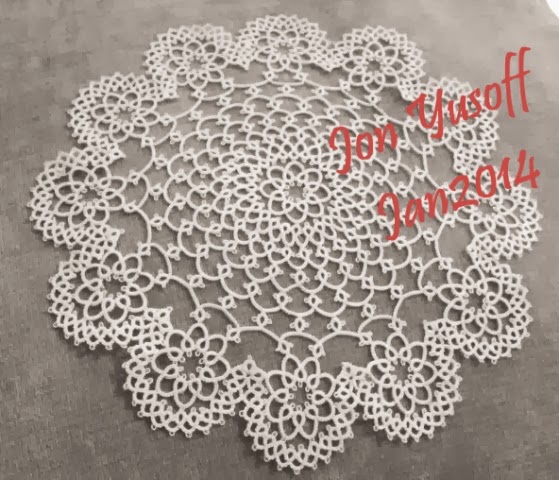 I was considering adding a few more rows to it, maybe repeating the scallops, but I think it looks just nice as it is.  The finished doily is about 8 inches wide or 21cm, tatted with Milford 40.  Even though it says size 40, the thread feels like a size 30 to me.  Despite some twisting, it is a beautiful thread.

I have drawn the chart for it and will be writing the full instructions to include with the chart.

I am searching for a name to give to this doily and suggestions are welcome.  The only name that comes to mind is "Scallop Doily" but I will be happy to consider other suggestions.

Next, some of you were wondering what I plan to do with the Mary Konior motifs that I showed here.
Now that the project is done, I can share it.  It is for a multi-craft quilt project undertaken by a group of crafters.  This is my block, 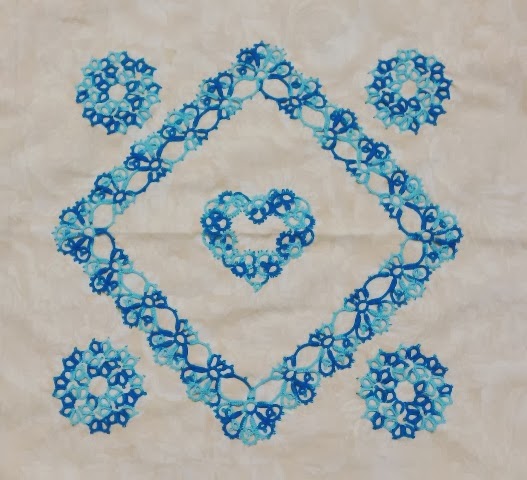 It was prepared for a very special person and I will share a full picture of the quilt in a later post together with the story behind it.
24 comments: