I chanced upon a UFO while scrambling through my craft space.  It decided to fly off somewhere and now found its way back.  It left for quite a while when I first started on it, as I wrote in this post in 2011.

The pattern is the Clover Doily by Eileen Stafford  tatted in a size 50 or 60 thread.  I am not really sure of the size but you can see the label of the thread in the picture in the first link I gave above. 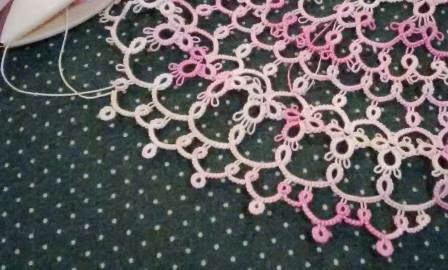 While waiting for the doily to be blocked, I crocheted this purse.  It is made by joining two pieces of granny square and making a flap over the opening, held down by a button.  This is a cheap RM5 thread in size 10 that I thought I can use to teach tatting but just don't like the feel of it when tatted.  It crochets very well, though. 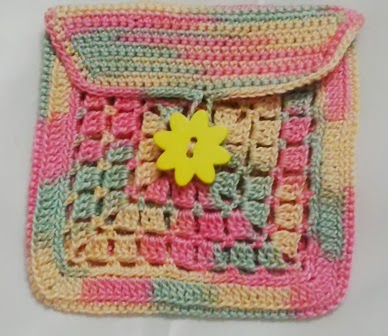 Umi of Umi's Embroidered Gifts in Facebook tatted a bunch of the Firus motif from my book Elegant Tatting Gems and transformed them into a stunning doily. 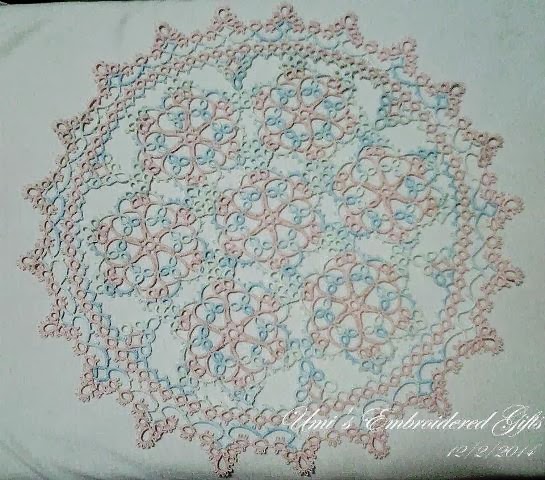 She then cleverly adapted part of a pattern from Jan Stawasz's book Tatted Treasures into edgings to enclose the motifs, modifying the stitch count to fit around the centre piece.

I think Umi did great with this.

Umi is more well-known for her beautiful ribbon flowers which you can see in her flicker page.
11 comments:

Took a break from the square and tatted this from Jan Stawasz's book Tatted Treasures.  It is the motif of the table runner on pages 65 of the book. 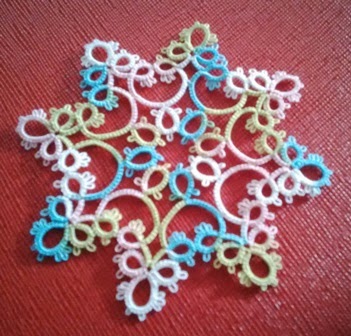 I tried my best to follow his instruction on making the picot within a double stitch, i.e placing the picot between the first half and the second half of the double stitch.  It was not easy getting used to it, sometime I got it, other times I slipped back into the usual method. Unpicked a number of times because of it.

I do find a bit f a problem following the chart for this motif because the numbering of the stitch count jumps all over the chart.  I find that I have to read a different part of the chart for the middle group of rings and for the chains because the were not numbered in the working sequence in the chart like I am used to.

Still, I am quite happy with this one.  I will be adding more to it as a way of taking a break from the square mat that I showed previously.  Here is a photo of it with a second square added. 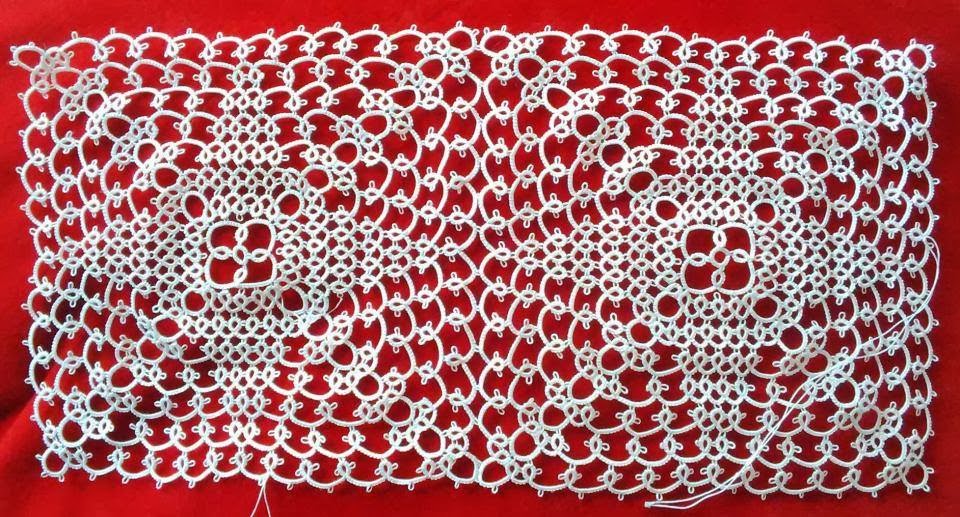 These two squares used up almost one ball of the DMC size 80.  I only have one more ball of the thread so this will be a four-squares mat with maybe just enough for a thin border around it.
15 comments: