Been quiet but still tatting

It has been a long time since I wrote anything in this blog, but I have not been quiet.  Here are a few of projects that I have done since my last update.


Larned how to make and sew hexies together, turned into a pincushion and embellished with a small tatted motif. 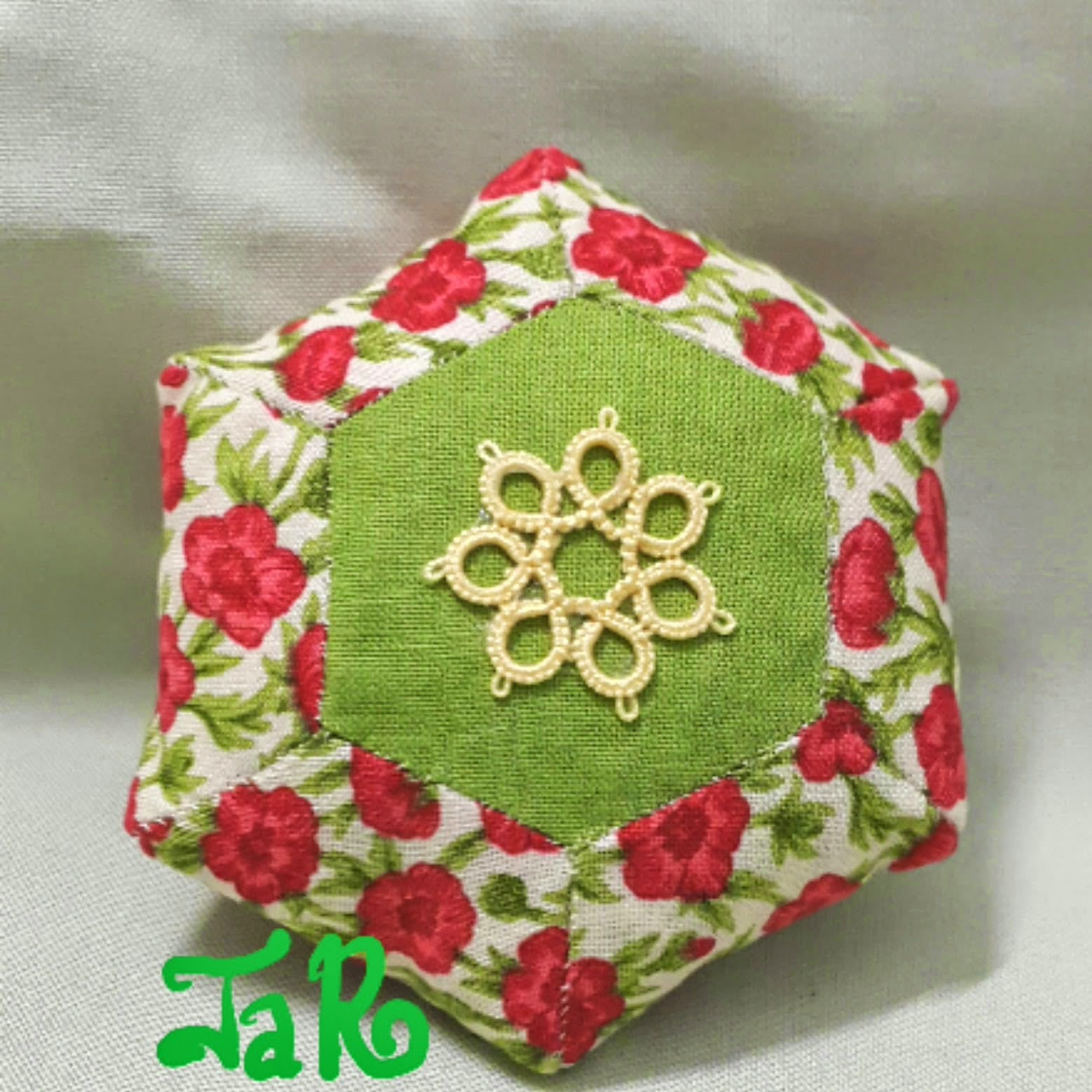 Most of of my time was spent on this finger-less glove for my niece to wear for her wedding next week.  Was having a frustrating time putting it all together when I had to re-tat it three times and still make the same mistake at the same place each time.  Finally decided that I am leaving it at that - mistakes and all.  After three times of repeating the mistake, I took it that it was ment to be, and finished it off as that. 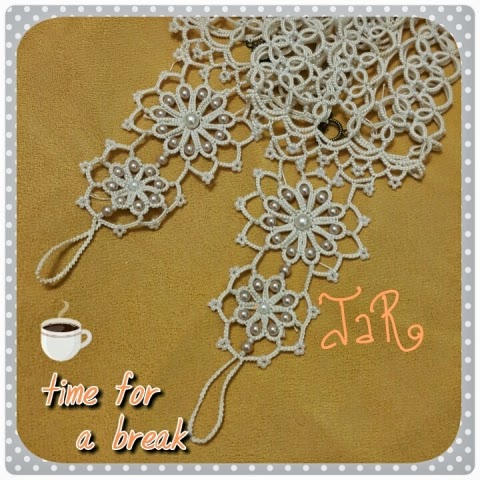 This is a combo picture of how I tatted the beaded flower in the photo above.  Some may already realised that the 'rings' are actually mock rings. 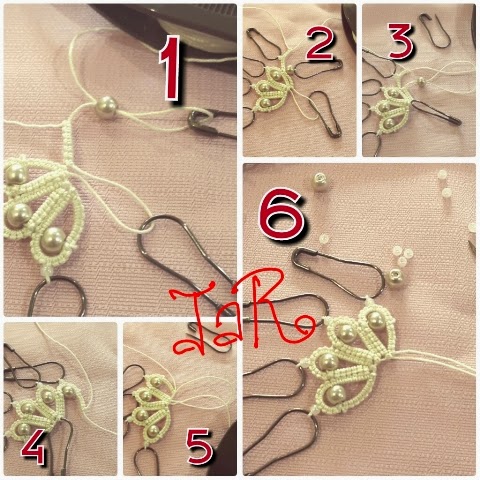 Having done with the finger-less gloves, I picked-up my Renuek's Spring 2015 again and managed to add a few repeats this morning, tatting at the car service centre while waiting for my car to be ready. 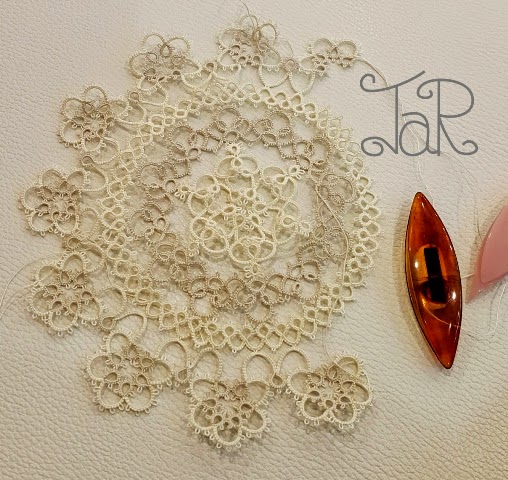 Oh,, I finally decided to create an Instagram account under my name.  There isn't much there yet but I have started on a project there - an ambitious one, methinks. I plan to post a photo of a piece of tatting each day for as long as I can keep it going.  I have only started early this week and here is a sample for a couple of days that I have posted. 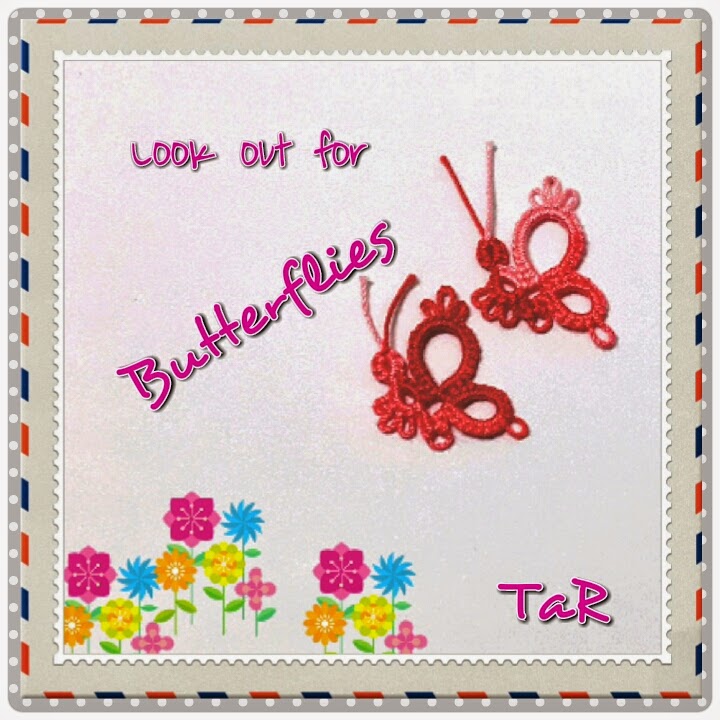 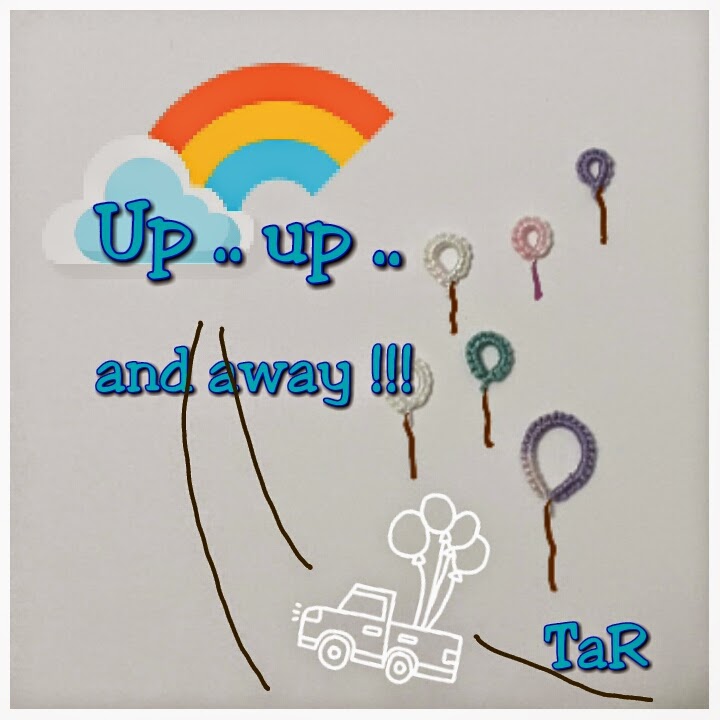 I will try to design something new each time but failing that I will have to resort to patterns already available with credits and links given as available.

Another thing - I have received my copy of the magazine containing the pattern for the 'monster doily'.  I don't have any plans to start on it anytime soon but it is there now for whenever I want to.