Went to my first ever yardsale about a month back which happened to be selling craft-related items. I was lucky enough to find a few tatting patterns from a couple of old magazines and books.

These two are the Coats tatting booklets (from 1971 and 1977) with patterns for edgings, motifs and doilies. a collar and cuffs, and coaster sets.  The motifs are pretty on its own but makes prettier doilies/mats when joined up together. 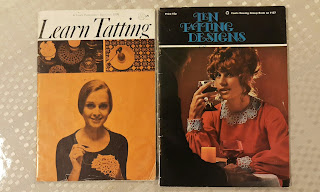 A McCall's Needlework magazine from 1954 gave me these patterns - an insertion, an edging and a doily. The doily was calling out to and it took no time for me to start work on it. 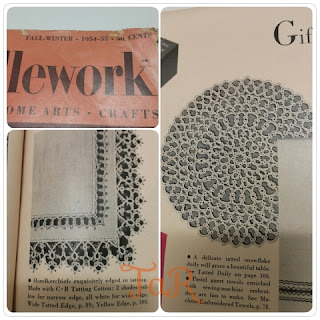 Three weeks later, the doily is done. Here it is being blocked.  I have not cut off the thread ends which I will do after blocking. Thread used is size 20 Milford in two shades.  The doily measured about 26cm 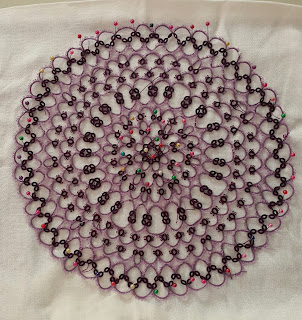 From Stitch 'n Sew (1973), I found two patterns - Pillow for Wedding-Ring-Bearer and a Book cover. Both look like shuttle-only patterns. 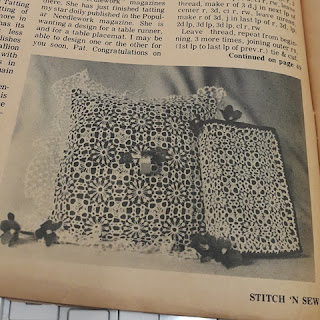 The other exciting thing for me is that the article in the Stitch 'n Sew magazine was written by Myrtle Hamilton.  I have heard of her being mentioned in several tatting sites such as one by Georgia Seitzs but have never actually seen or read anything by her.  Reading what is found from the internet, Myrtle Hamilton contributed much to tatting, and this sort of made me touch-base with her, in my own way. 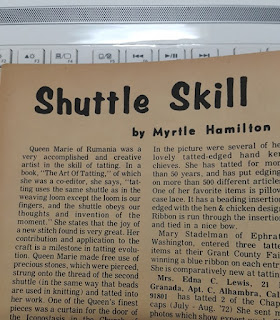 From yet another magazine, Needlework Illustrated of unknown date because it has lost its cover, I found this embroidery instructions for the Willow Pattern. 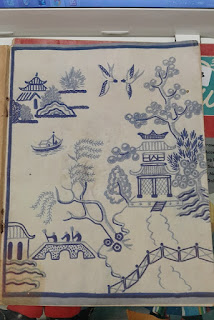 I have no plans to embroider it but it is kind of interesting because Pam Palmer has translated it into tatting patterns in her book Tatting Treats Three, which I also have.  Having these two with me sort of completes everything. 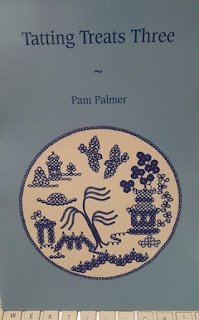 All in, it was a great find at the one and only yard sale that I have been to. I doubt if there will be another opportunity like this again.
13 comments: