To Change or not to Change 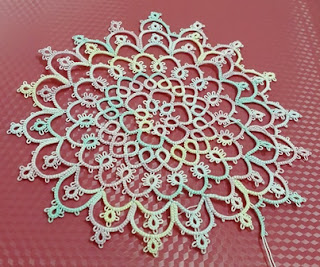 started as a re-work of this, 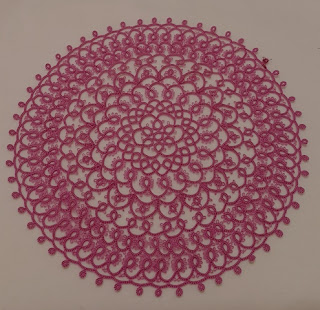 but, as it often happens, the mind wonders.

I have some issues with the (lower) pink doily, so I decided to re-work it. It is difficult to try and stick to the original design plan and it turned into the upper design.  I may decide to come back to the pink at some point.

Other tatting updates.
I have finished the Spring 2015 doily.
Tatted a bookmark for a friend who wants to start tatting again,
I sewed a few fabrc bookmarks as part of a Crafting for Charity event by the Arts & Craft Guild, KL and Selangor. These were later finished with button embellishments but I forgot to take any photo with the buttons on.

I think this about sums up what I have been doing the past few months.

p.s. the title of the blog refers to the re-working of the pink doily.

p.p.s Oh, my birthday was at the end of August and I treated myself to these goodies. 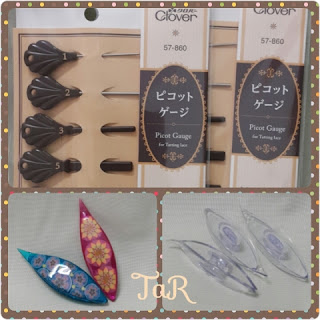