Early this year, I was feeling upbeat about greeting 2015 as written in this post here, despite some tragedies that had befallen the country.

Well that did not last long ... I lost my father recently. He would have been 83 in April. 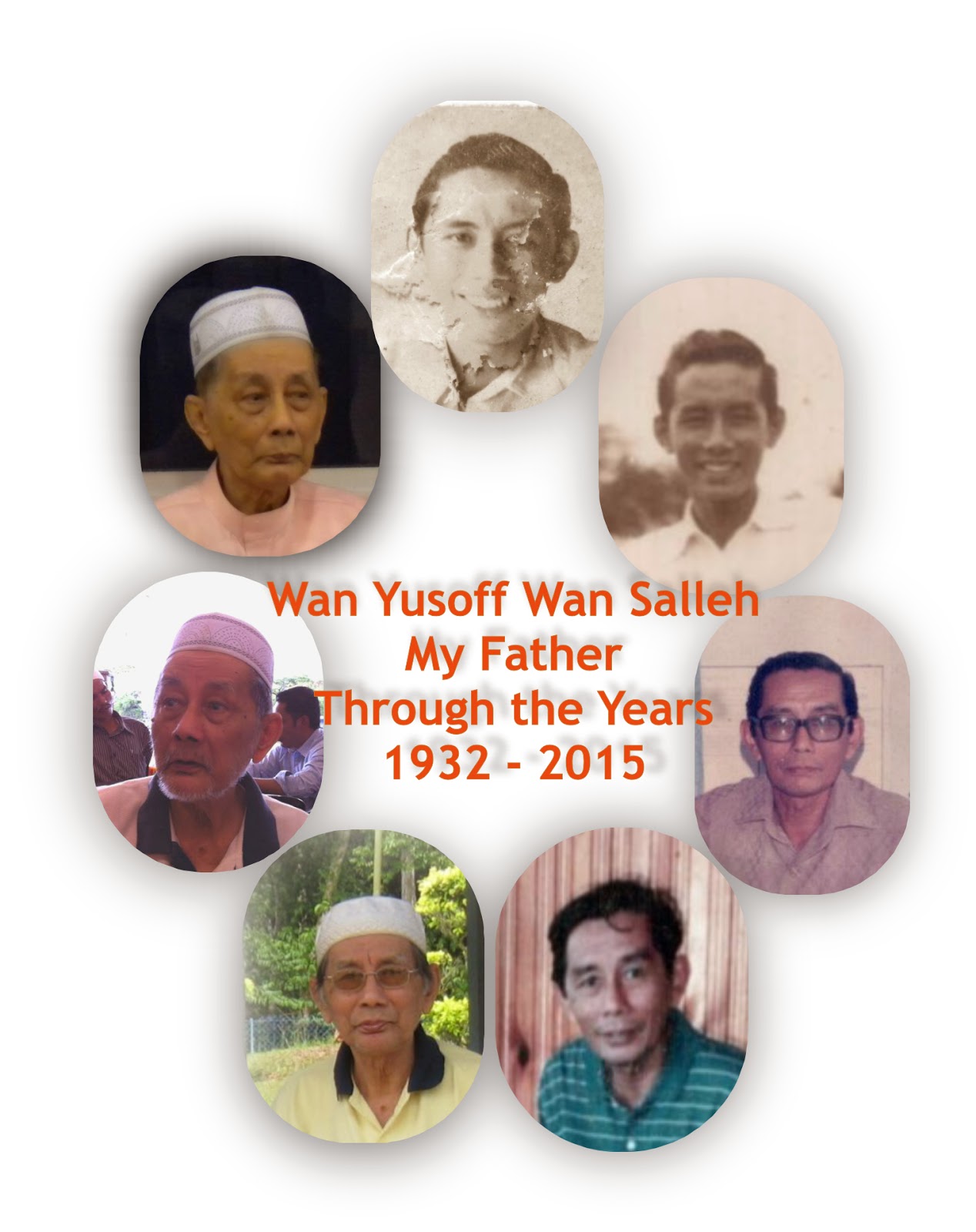 My father suffered a stroke 15 years earlier which resulted in dementia or short-term memory loss. He did not lose his mobility from the stroke and was still bouyant, although there were depressive moments. He had good recollection of what he did many, many years before but nothing at all about what he had for breakfast.

My usual conversation with him would be about his exploits when he was younger.  He liked to tell that to anyone who is willing to listen.  I followed along with him as if I had only heard it for the first time, even though he had told them numerous times before.

His favourite to tell was the time  he went to Honolulu to teach Bahasa Melayu to future Peace Corp volunteers.  That was in the late 60s.  From Hawaii, he went on to San Francisco and then to New York, before returning home.  I was about 9 or 10 yo at that time. Later, after he had returned, I remembered that a few of the volunteers that he taught visited us at home. Unfortunately, I can only remember one that we used to call Uncle Bill; can't remember his actual name now.

Our last conversation was about how he was made to learn Japanese when the country was occupied during WWII.  He rattled off some Japanese pharases that he could still remember and even sang a few lines from the songs that they were taught to sing.
I will cherish those moments. 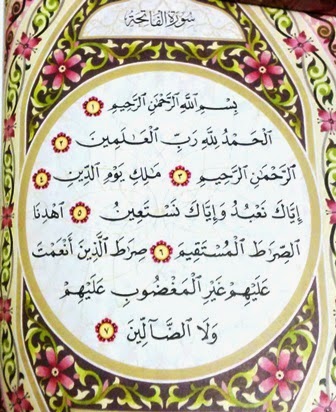 What's 'shuttling' out at the moment

Yes, 'shuttling' is a made up word at first, but the online dictionary gave this meaning,
"to cause (someone or something) to move to and fro or back and forth by or as if by a shuttle"
So, it may be a valid word after all.

I am tatting a finger-less glove for a special person to wear for her wedding next month.  This the portion of the lower arm.  I am designing as I go and have yet to think of the design to be placed over the hand. 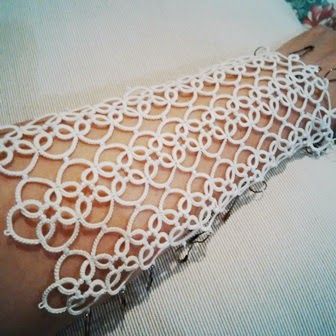 There are beads in there, white seed bead with size 20 thread.  I am adding the beads to the picots as I join. Naturally, there are many coil-less pins in use to hold the beads before I make the join. Due the bead size, I used my 0.4mm hook to place the beads when I mke the picot but a slightly larger hook when I make the join. 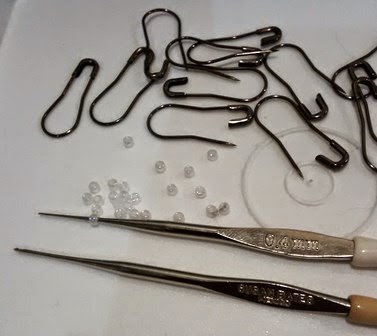 During breaks from the finger-less glove, I worked on Renulek's Spring 2015.  Just started on Round 3.  There is no rush on this one.  As for Spring 2014, it may be well past summer before I finish this. 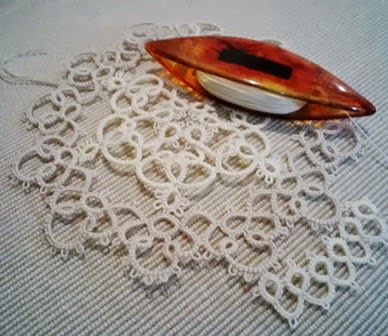 Fox, do you recognise the shuttle? Thank you for it (them).  I had to sand the tips slightly because they were to tight and difficult for the thread to pass through. No damage was done to the shuttle in the making of this doily.
9 comments:

I wanted to try a pattern that has beads in the centre of rings.
It started with this sample. 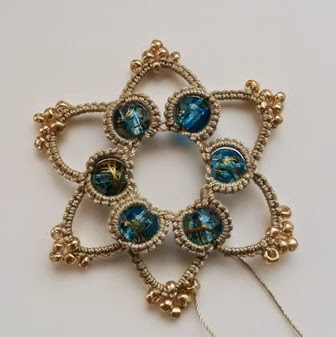 I was ambitious hence the extra beads in the chains.I was not happy with the way the rings closed - I can see tiny gaps in the top of the rings where the beads are attached.

The second attempt is in white with pearl glass beads. Well, the gaps are still there.  In fact, the gaps are even clearer in this white version. 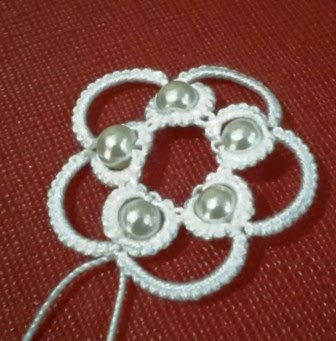 Karen Cabrera's video showed that I was closing the ring the wrong way, which resulted in the gap. Back to practising by just making the rings on its own. 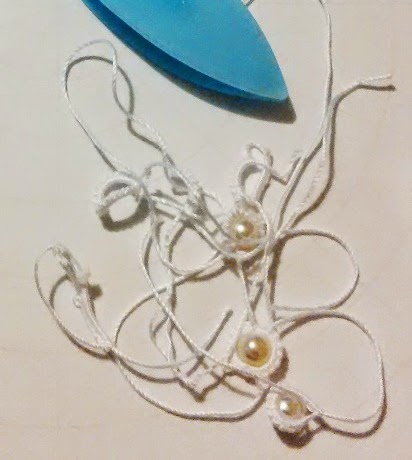 Finally, happy with this - 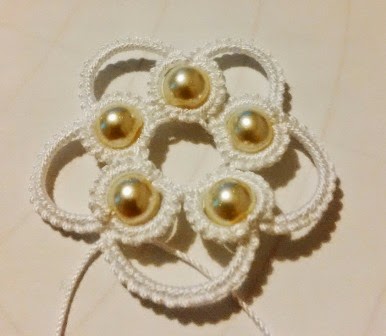 I was at a local craft store a few days back and found this coil-less pins.  The should come handy for holding beads in picots and marking where to join.  They are metal pins and the label on the reverse of the pack stated that it is a Prym product. 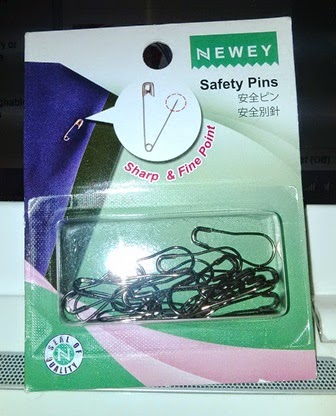 A very short post - something that I plan to use for teaching,
a simple all rings bracelet.
The thread used is Milford mercer size 20,
with 5mm glass beads and several seed beads in a shade of gold.

with a crab claw for clasp. 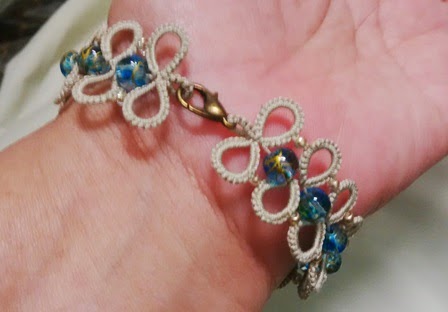