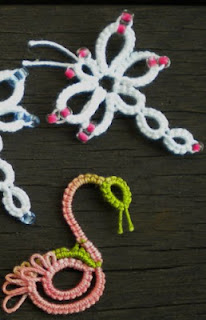 The chart for the dragonfly and swan that I showed in my previous post are ready.

Click on the tab for 'Free Tatting Patterns' at the top of the page for the link.
4 comments:

Email ThisBlogThis!Share to TwitterShare to FacebookShare to Pinterest
Tags patterns, rounds and other motifs 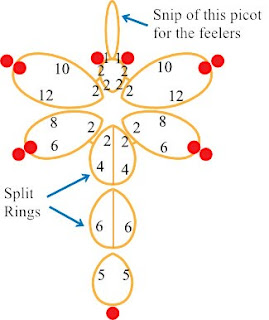 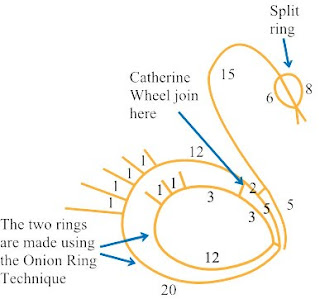 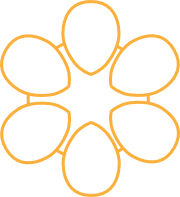 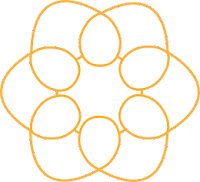 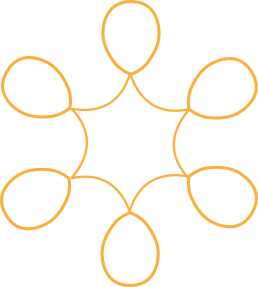 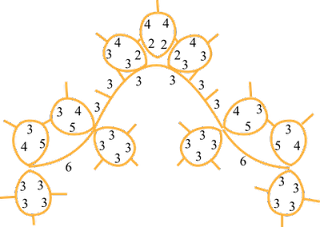 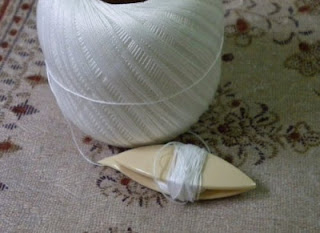 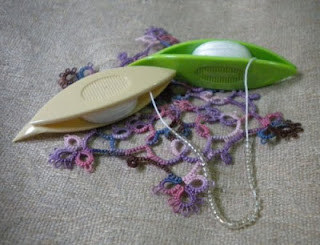 Two shuttles loaded with thread continuously.  The term often used to refer to this is CTM - Continuous Thread Method.
If you plan to use beads, as I have here, string the beads before you start loading the first shuttle.
9 comments:

This years valentine heart is
Enchanter 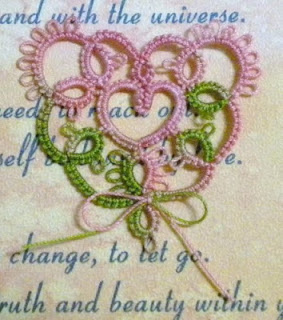 The pattern for Enchanter is available in pdf file from here.
11 comments:

My Valentine gift to you this year 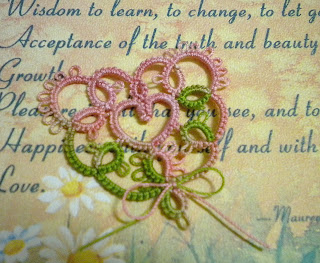 I know there are still a few days more, but if you are still searching for hearts to tat, you may want to try this.
The chart is below 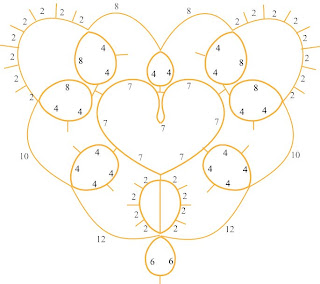 This is the link to the pdf file of the pattern.
12 comments:

I have enjoyed tatting with Olympus cotton thread.  It is a 6-cord, mercerised cotton thread from Japan. The label reads Olympus #40 but feels more like #30 rather than 40. 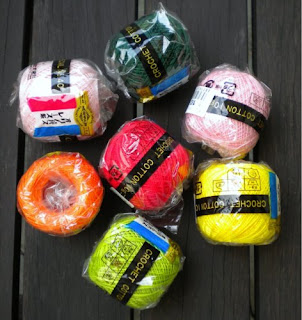 These are some pieces that I have made with this thread which I have shown in my earlier posts. 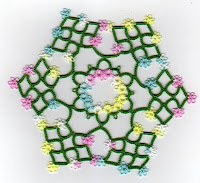 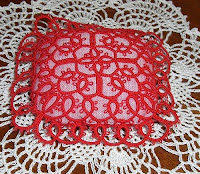 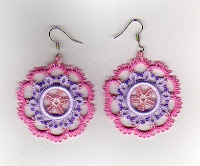 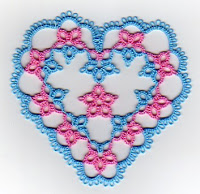 Email ThisBlogThis!Share to TwitterShare to FacebookShare to Pinterest
Tags tools of the trade

By Hook or by Crook

This is what happened when a tool is not used for what it was meant to be used. 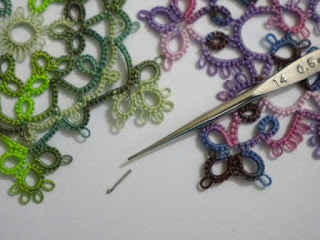 This is my #14 (0.5mm) hook that I use with fine thread, #50 or more, or when I need to add beads to picots.  Now, #14 hooks are difficult to find where I am.  None of the local needlecraft stores have them.  I put the hook in my wish list to an exchange partner and she obliged.
I won't go into details on how it broke. Enough to say that I didn't cause it to break!  When I mentioned my broken hook to someone, she was surprised the culprit is still alive, LOL.
But every cloud has a silver lining.
I have been eyeing LadyShuttleMaker's hook pens ever since she listed them in her etsy.  I placed an order in the morning and the hook broke in the evening.  Luckily I managed to get to LadyShuttleMaker in time to ask if she can replace the hook size that I ordered earlier with a #14.  She said my order was already packed and ready for shipping but had not left, so she said she will make the change.  Phew!
And the hook pen arrived yesterday, Yippee! The hook is retractable. When not in use, I can stow it away and avoid any accidents, like poking myself, or breaking it ...again ...ughh. 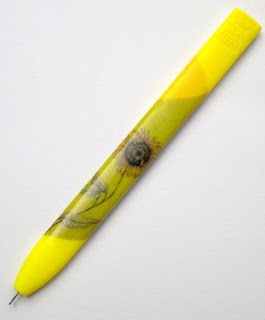 Here is the close up of the hook pen. As you can see, it is really tiny when you compare it with the #50 HDT shown together in the picture. 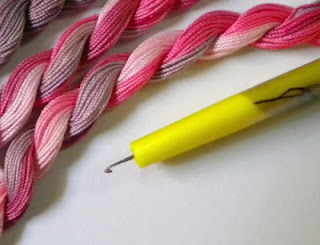 Yup, that's right! I just can't resist the new Victorian Valentine HDT that LadyShuttleMaker has just released, seen below with the Tuscany HDT. 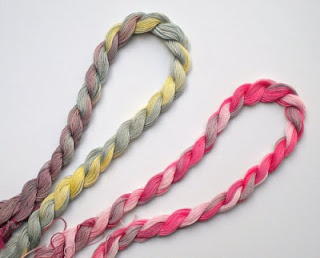