I made my first t-shirt yarn and used it to tat.  It is unfortunate that the only t-shirt that I have that can be cut up is black, so you can't really see the knots in it.  I had my daughter take a video of me tatting with the yarn, so please excuse the amateurish result.

I started as a free-tatting, going round and round, making the lark's head knots around a centre working of the ball.  Then, I decided to try making a ring, which turned out okay except that the yarn broke when I pulled to close the ring. 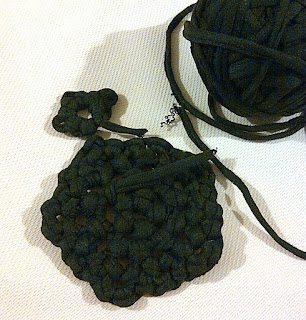 I made the ring with the direct tatting method, as explained by Rebecca Jones in her book, The Complete Book of Tatting.

I made the t-shirt yarn by following this tutorial.

While searching for images of flat shuttles, I came across a post by the late Gina in her blog about some interesting shuttles that she got from Palmettos way back in 2005.  I was particular curious about the one with three posts in it. Doing a google image search did not help because it appears that the picture of it is only from Gina's blog.

My tatting books are now available from Roseground in UK.  This should be convenient for tatters in Europe and UK especially as I think the delivery will be faster from there rather than from Malaysia.
1 comment:

Email ThisBlogThis!Share to TwitterShare to FacebookShare to Pinterest
Tags tools of the trade

Thanks Fox, I learn a new word from you today.
Finished the doily in question as of the last post, and blocked it. 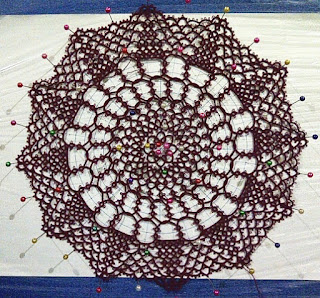 The close-up of the outer rounds, replacing the rounds that I had cut off. 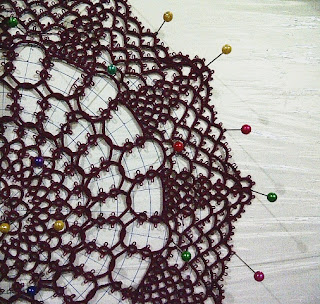 Looking at it now, I think the overlapping chains was not a good choice after all, though I do like the subtle spirally effect in it.

Will make this again, replacing the overlapping chains with regular chains ... and using a different colour.  This dark thread is getting to be depressing, :(
13 comments:

Oops .... some photos have disappeared

I have been tidying up my Picasa web album and inadvertently some of the photos in my blog are missing.  I am going back through the earlier posts and will put them back where possible.  The posts go back a number of years and I am not sure if I still have the original photos.

If you come across any posts with missing photos, please let me know.  It will really help me along the way.

I have been tatting buttons, not actually tatting with buttons but making buttons with tatting embellishments.  Unfortunately, it is only next month that I can show the buttons because they are for an exchange.
I have not finished Jane's TIAS, so I can't show that either, but this is the latest on that doily with overlapping chains that I had to cut off almost three rounds because I don't like the way it is turning out. 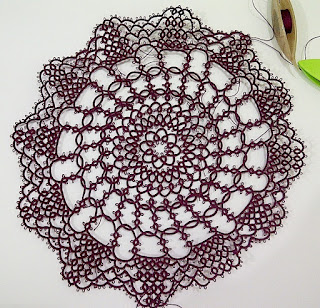 I am still undecided whether I like it this way on not, but I am continuing and finish it.  Maybe, after blocking, it will grow on me.
7 comments: 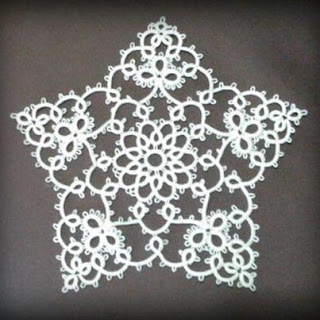 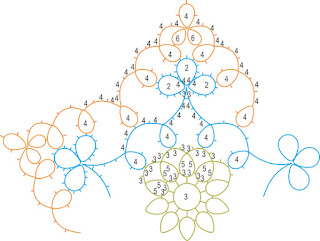 I have completed the re-prints of my three tatting books, 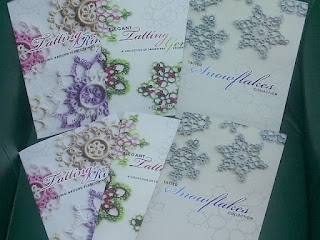 You can purchase the books online from Handy Hands.
4 comments: