A little bit delayed, but 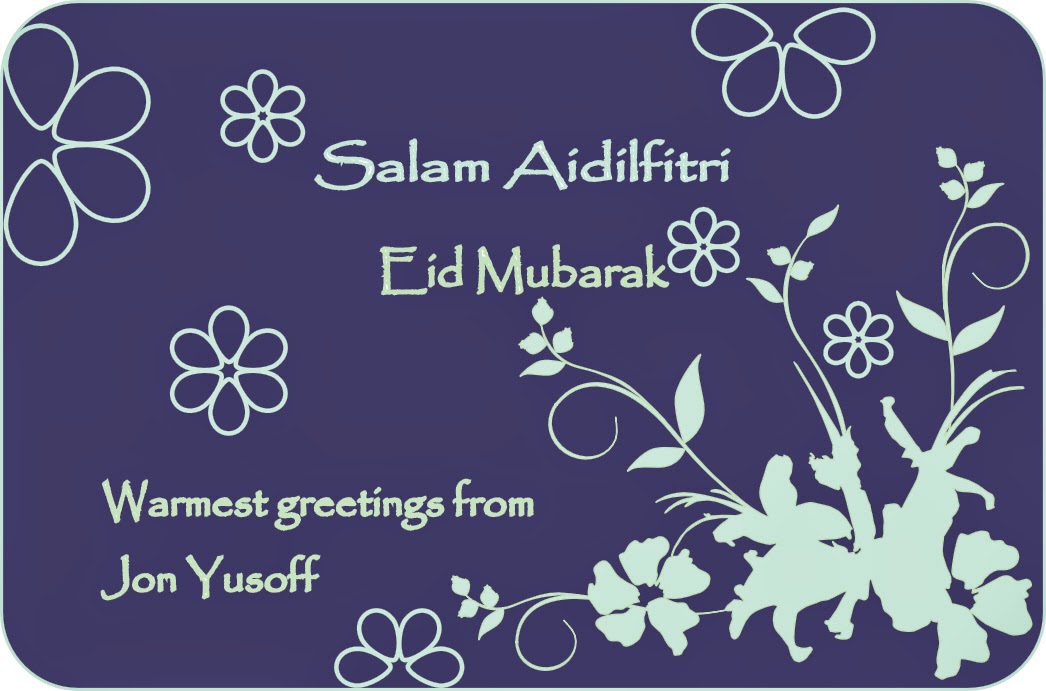 to all my Muslim friends and followers.  I hope, despite of what is happening around the world right now, it had been a wonderful celebration to all of you.

Eid was celebrated on Monday, 28th July in Malaysia. The celebration was rather subdued after the shocking and sad news of what had happened to our airline MH17 adn MH370 before this.  Most of the national celebration were toned down or put on hold in remembrance of the victims and their their families, who are still waiting for closure. Somehow, it does not feel right ....

On the tatting front, I am working on a Jan Stawasz doily from his book Tatted Treasures, on page 62-63. This is the progress at this time. 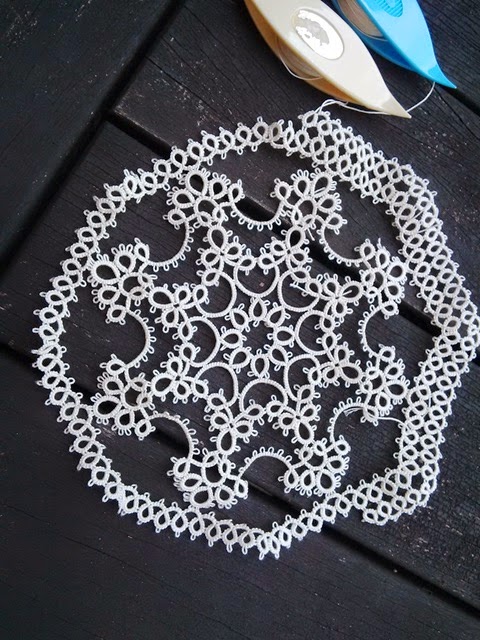 It is a bit flimsy working with size 60 thread, after the Olympus for the two previous doilies.  I was not even sure it will lay out properly after the first round of rings-and-chains, but it seems like it is turning out alright after I have attched the second rings-and-chains round.
2 comments:

I had to put aside Renulek's Summer doily for almost three weeks to prepare for the craft demo at Spotlight.  I was already at Round 9 at that time. With that over, I am able to continue with it, 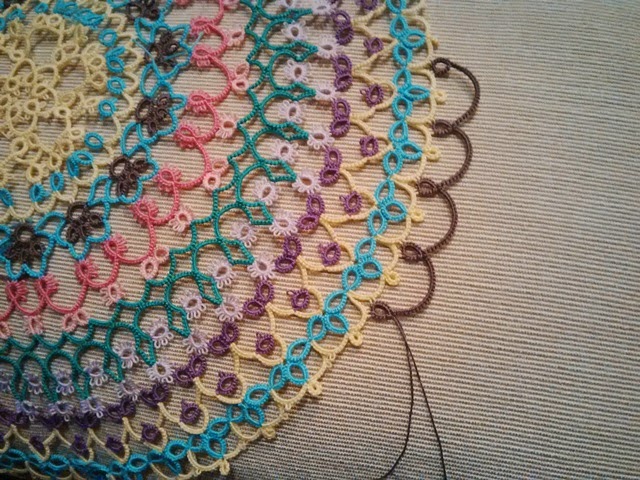 I made slight changes to the final few rounds; 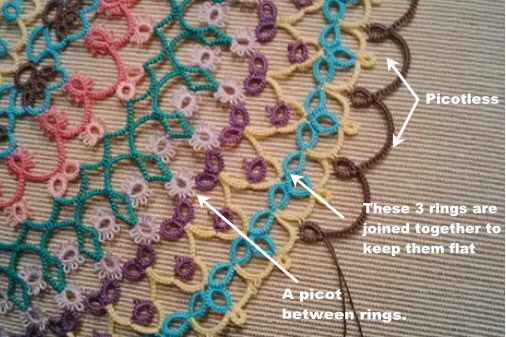 Looking at it now, I am not sure if the dark grey fits in in the final round, but I am going to keep going with it and just want to get this done so I can work on something new.
6 comments:

I have been rather busy the past month and did not have time to update this blog.  Those who are following my Facebook page may already have some ideas of what it is all about. I hope to summarise much of what has happened in this blog update.

In short, Spotlight, the Australian arts and craft store, had announced through their FB and website, the opening of an outlet in Malaysia. It is going to be their first outlet in Malaysai.  The nearest outlet before this is in Singapore.  A few week before the opening, a member of Spotlight team contacted our local craft guild, the Arts & Craft Guild,KL & Selangor, inviting members to submit a propsal for conducting craft classes at the new outlet. I made a sample of tatting for the store to display.  The thread used is Milford, which is being sold in Spotlight. 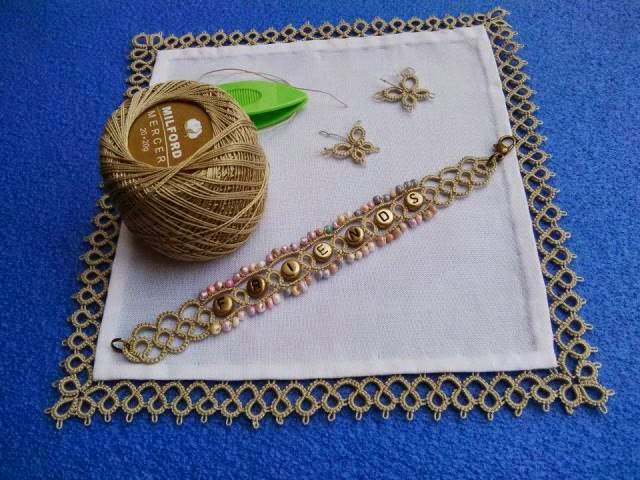 After a series of meeting, everything was set up and we were ready for the opening, which was on 12th July. I will be teaching tatting, naturally.  As part of the launch a number of Guild members put up demos of crafts where classes will be offered at Spotlight.  They have provided two classrooms for the instructors.
No more words - photos are easier to the eyes than reading. So, here are the crafts in the planned classes:
I received much interest in tatting when I was doing the tatting demo. There were the usual comments of " .. had done this before", "It was so long ago that I had forgotten how" and the " .... dying art".  But there are a good number of genuine interest from younger visitore, and one lady wanted to learn so that she can re-connect with her late mother who tatted.

The highlight of the two days was when a very special visitor stopped to look at my tatting - a princess no less! We had a short chat about tatting when she told me that she needletats and I said I could teach her how to use the shuttle if she would like, :-)
The next steps would be to prepare for classes - samples, notes, tools, etc.  I think it is going to be a wonderful experience.

Just completed Round 7 of my Renulek's Summer Doily.  This is a quick tat for me. 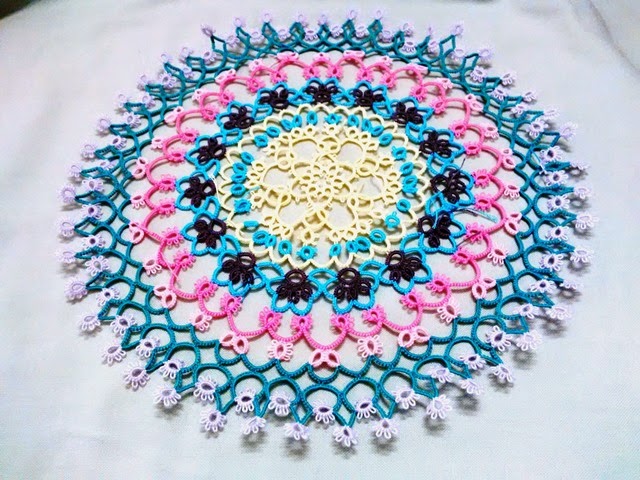 And these are the colours for the next few rounds.  I might even consider the dark grey again, though I cannot yet see where and how it will be added in. 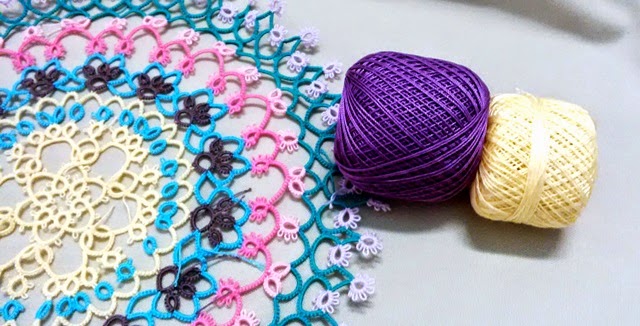