The headline in the national newspaper was about a Singapore banker rescued from a kidnapping. 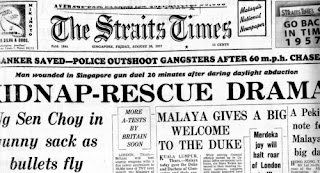 The Duke and Duchess of were given a grand welcome when they arrived at the Kuala Lumpur Airport.

The threat of communist subversive activities was very real 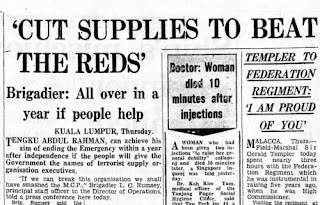 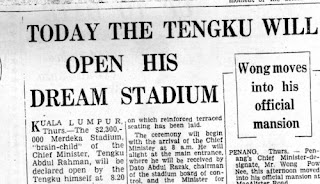 The cinemas were showing among others, in the Sun starring James Mason, Joan Fontaine, Dorothy Dandridge and Joan Collins. While on Shaw, the local movie was Kaseh Sayang which starred Neng Yatimah, Saadiah and Haji Mahadi.
The Rex cinema had Unholy Wife which starred Diana Dors. And this was the attraction for movie-goers to watch this - exactly as was printed in the papers a few days before –
Ladies! Do your measurement compare with Diana Dors ... 37-23-35? If so, one months guest tickets will be awarded to the first 6 ladies attending tonight's premiere. Also - all ladies with blonde hair will be guests of the management tonight
We all know what will happen if such words are used today, don't we?
Dignitaries from the world over were in town for a celebration. And the whole country was waiting eagerly for 31 August 1957 when the Union Jack will be lowered and the flag of a new nation will be raised.
… and I was born today, 50 years ago, on the eve on Malaysia's (previously Malaya) independence from the British.
Happy 50th Anniversary of Independence, Malaysia - MERDEKA! 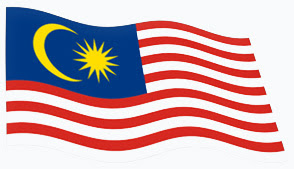