I started this doily in May 2020, during the time when the virus was beginning to rage, for want of something to to to fill the time. 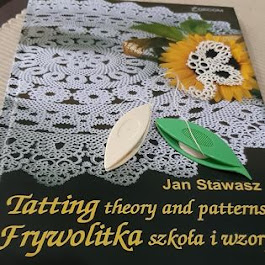 There had been many ups and down for the duration of this project.

This round may look like individual motifs. I actually thought that at the beginning before starting.  In fact it is actually done as a continuous round with split rings.  I spent quite a long time to finish this round. 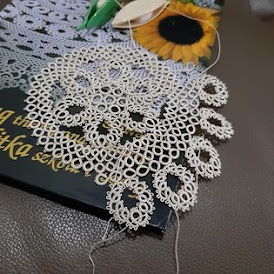 I noticed a mistake two rounds down from my current round that could not be overlooked.  Had to do tatting surgery to correct that part which took me one whole day. 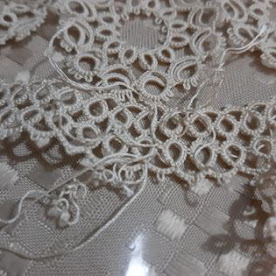 Then, another mistake in the penultimate round several repeats earlier.  This time, no surgery, just snipped it off and re-tat. 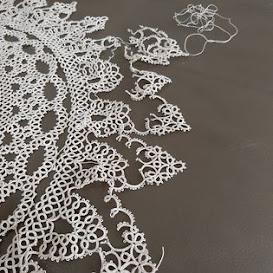 Finally, the doily is completed in Feb 2022, almost two years since I started. But, there were other projects going on at the same time; two tat-alongs, a Normah Benporath doily from the Trove site, several smalls.  I may have mentioned these in my earlier posts. 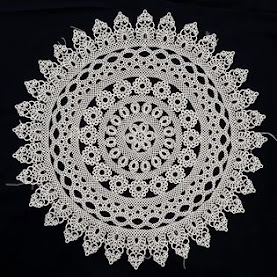 The thread used is Coats Mercer size 40. I don't know how many balls it actually took because I started with an opened ball, but the finished doily itself weighed 73gm.  That would be make it about one-and-half 50g balls.
The finished size is 60cm diameter, my largest project so far.
I also started a project with hexies, to use up fabric scraps.  This project is still on-going. 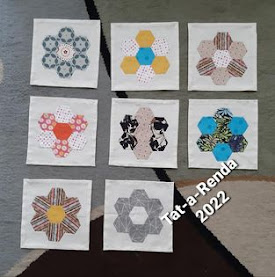 I have completed another four blocks since this photo was taken. What I have planned is to attach tatted edgings to each block and join them up for a bigger.  I am still experimenting with a nice design for the edgings.
Yes, I am all set up for 2022.
Continue to keep safe everyone.  This virus is not going away just yet.