I was supposed to organise the storage of my tatting and other sewing stuff but, as always there are many distractions.  One of them is this mat. It surfaced among a stacked of tatting motifs and tryouts and I had hoped to get back to it later.  Never did, until now, ha ha ha ... 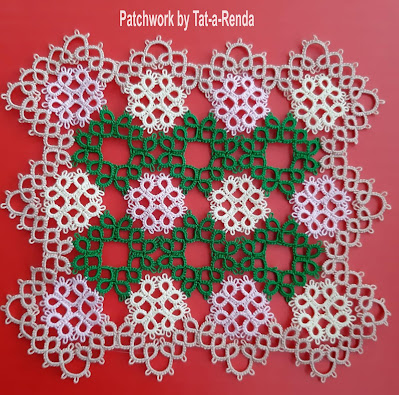 I can't remember when I tatted this. It must have been  for a bigger project that didn't happen. I know that I was working on an idea of patchwork pieces made up of several tatted motifs joined together.

Now that I found it again, I'd better share the pattern for it.

There are three parts to this mat, 2 square motifs and one border.  Join up the squares until you get the mat to the size that you want.  Finish it off with a border around it.  I have made the bigger square in one colour, green but you can mix and match the colours to your liking.

The pattern is given as stitch counts on the motifs.  This is an easy shuttle-and ball pattern.  The squares does not use up much thread.  It will be a good pattern to empty shuttles or use up the little remaining thread on a ball. 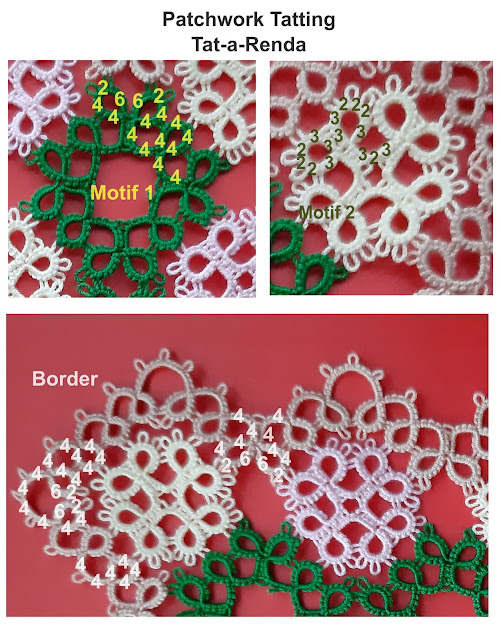