Still un-decided on my next big project, I worked on a small doily by Jan Stawasz from his book Tatted Treasures.  It was quite an easy tat and quite enjoyable.  There had been a lot of waiting time this past few weeks and this project helped to pass the time. 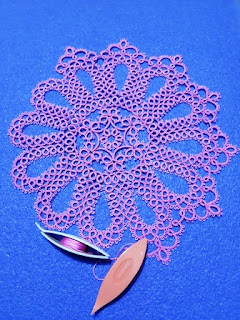 I also spent some time to familiarise with the drawing software Inkscape to draw my tatting patterns. I had been using Serif before but my computer went kaput on me and I lost that software.  I am now on a different computer and decided to try Inkscape.  There isn't much differences in the functionalities between Serif and Inkscape. I think I am going to be comfortable using Inkscape for now.

At the time of writing this post, I am also following the blooming stages of my epiphyllum oxypetalum, also known as Queen of the Night, or Dutchman's pipe cactus. The plant has given me blooms several time before but this is the most number it has blooming at the same time. Previously, I only got two blooms each time but I was happy to see seven this.  Only five flowers bloomed tonight.  I am expecting the other two to open up tomorrow night.


The following are the flowers at different times photographed during the night. 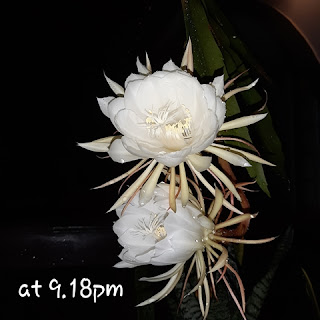 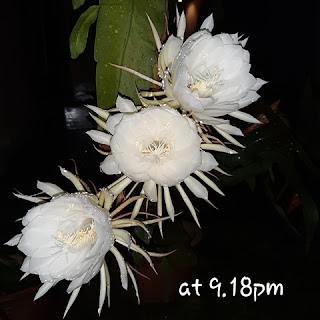 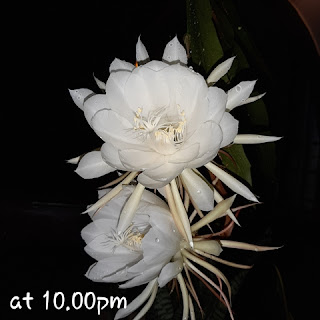 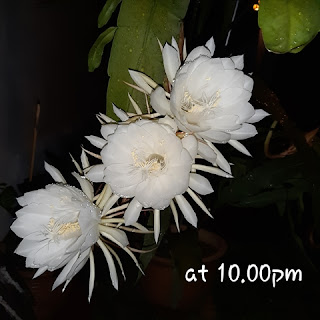 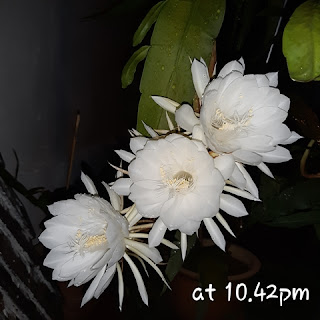