I don't normally use picot gauges when tatting especially when the patterns asks for regular picots, whether joining picots or decorative picots.  I don't even do graduated picots if the overall design of the pattern does not really need them.

But I do use gauges and measure my picots if they are really long ones.  Otherwise, why wold the pattern specify long picots. You can't do woven pcots without even-sized long picots like in this link here, http://www.georgiaseitz.com/2004/rietwovenbkmk.jpg. Or, work a tatted hairpin lace like this in Martha Ess' blog, http://marthas-tatting-blog.blogspot.my/2015/11/hairpin-lace-real-and-mock-kinda-long.html

I am currently working on a pattern where I have put in long picots. Very long picots, about 3in closed long picots. Now, I could easily cut a piece of card paper 3in wide and use that as my picot gauge, but I can imagne how cumbersome it would be holding holding a large piece of picot gauge.

And then, I had this idea where you can make different lengths of picot with a small picot gauge. Here's how. 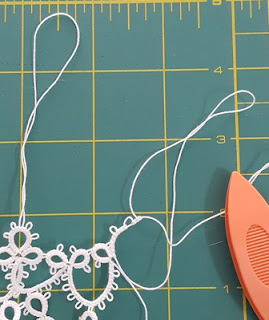 This is the size of picots that I need in my patern, slightly over 3in. 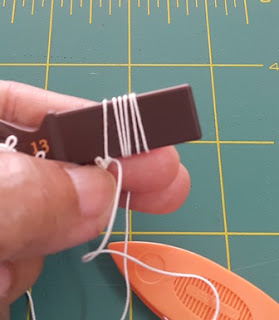 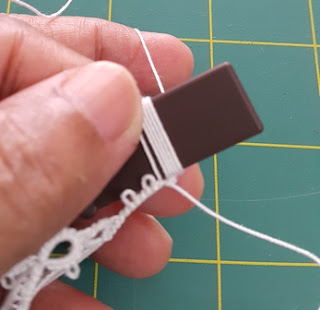 While the loops are still on the picot gauge, make the next double stitch to lock the picot in. 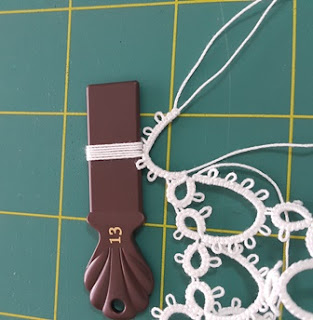 You can remove the picot gauge after a few double stitches are made, or you can continue tatting to finish the ring, as I did here. 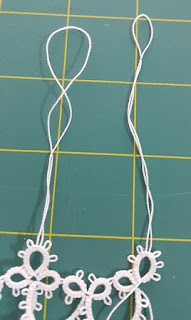 You can see how long the picots are when I removed the picot gauge.

I have used picot gauge #13 because that is the widest that I have so I don't have to loop the thread too many times.  You can use a smaller picot gauge to suit the size that you need. 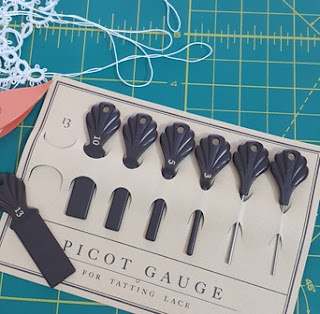 A short update.
I have just completed Round 8 of the Jan Stawasz Masterpiece Doily, which I started in June 2016. 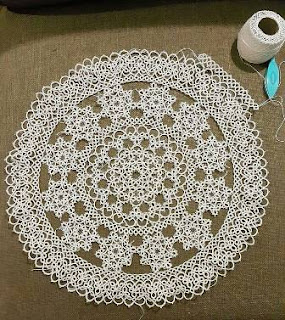 I honestly believe it will be another year beefore I finish this,