This is what I am currently working on (posted earlier on my FB),  a Jan Stawasz doily from one of his books. I thought I can finish it by the new year and show you the completed piece, but other things got into my plans. The pic below is as it was at the penultimate round. 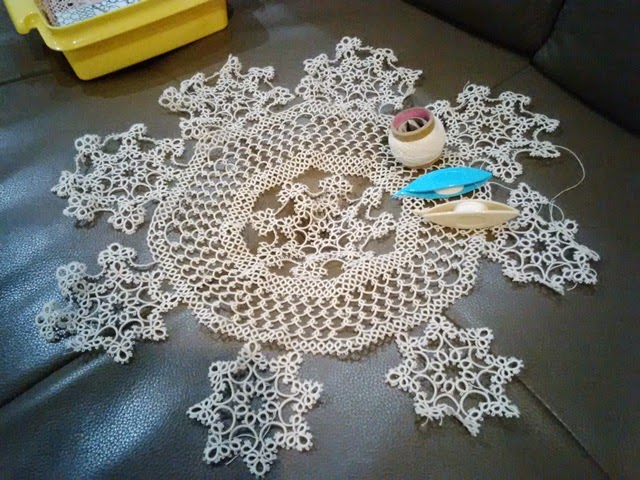 I have progressed a bit since then and started on the final round. This final round sort of ties up the loose motifs of the previous round. 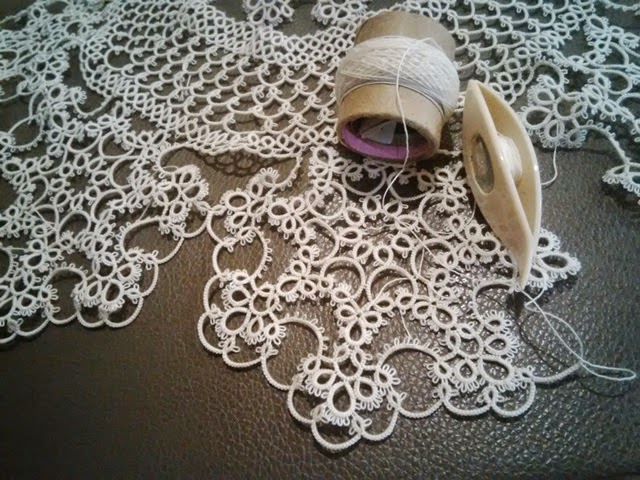 What I am worried about now is the amount of thread left in the ball and the shuttle.  I think (hope) there is enough so that I don't have to buy a new ball just to finish a few repeats.  We'll see how it goes.

I could not say that it was a happy one for 2014.  So many things has happened that affected the nation, with the loss of two airplanes (one shot down and one still missing) in a space of a few months.  There were also the natural disasters - landslides in the highlands and flooding in several states.  Several areas are still innundated at the time of this post, while the water has receeded in other parts.  It is a long road to recovery and that will be a major part of 2015.

Well, why not!  There is no knowing what 2015 holds.  They say, good things come out from calamities.  People grew closer and differences can disappear, if everyone try their damnedest. I still have faith in people.

The giveaway below has ended.

Enough of the ramblings ....If you reach this far, this is the first good news of 2015. 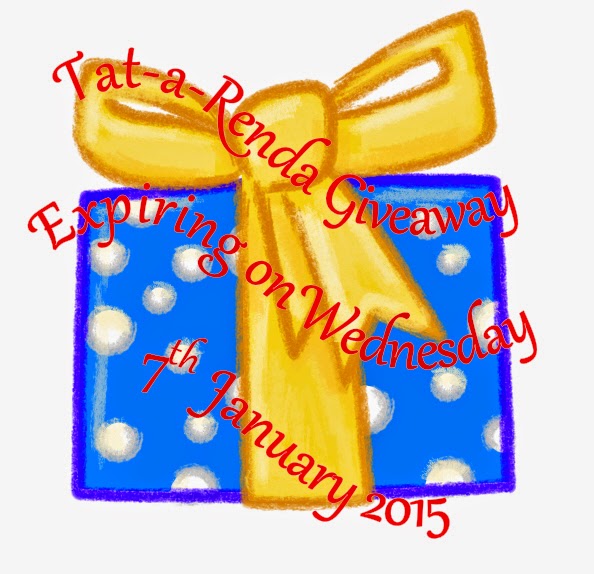 So, if you have faith in me, and want to try your luck, leave a comment and your name will be included in the draw. Closing date is 7th January and I will pick a name at random soon after that.