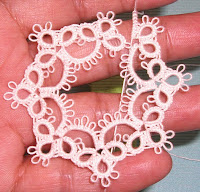 A proper join made at a picot should show two parallel thread of the picot and not twisted like an 'X'.

The twisted picot can be avoided by way of making what is sometimes called a Folded Join. I hope the few steps shown below will be able to explain how to make the folded join to avoid the twisted picot. 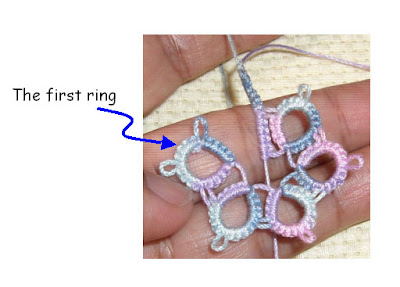 When you have reached the point to make the join, turn over the piece so that the reverse side is now facing up and the first ring is now on the left side. The picot is now in the correct position to make a join, but we are not there yet! 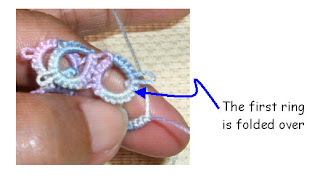 Fold part of the work over so that the front side of the first ring is facing up. Bring the picot to be joined close to the core thread of the ring being worked. Make a join through this picot as usual. 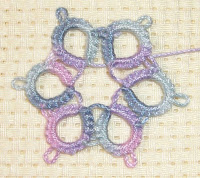 Below are a few more pictorial examples of making a folded join.