Yes! that is what I have been doing the past few months, making snowflakes for a friend. I started sometime in June. In between then until completion, I took breaks to work on some other things, and finally finished them last week.

My friend Mel is very good at a variety pf crafts but has yet to learn how to tat. She specifies that the snowflakes must have some glitter in them, so I add beads in most of them. That itself took up a lot of time because most of the patterns that I used are originally without beads. I had to spend some time studying each one to see where I can add in the beads and also whether to add the beads to the shuttle thread or the ball thread. But, I had a great time making these snowflakes and I hope Mel likes them.

The patterns are a mix from books, free pattern obtained online and my own designs as well.

The top motif in the group below is an adaptation of a motif from the book A New Approach to Tatting by Yusai Shokoin. The bottom two are from Tatting Patterns and Designs by Blomqvist and Persson. The next set of snowflakes are using free patterns available online. 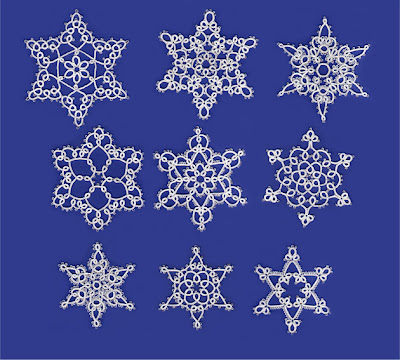 The next two groups of snowflakes are from the book Tatted Snowflakes by Vida Sunderman, a number of tiny motifs from Tatting Patterns and Designs (Blomqvist & Persson) and some doodlings by yours truly, using up small balances of the thread in the shuttles. 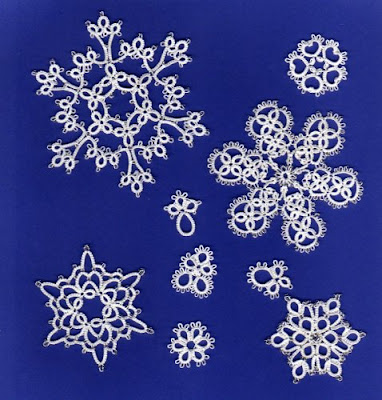 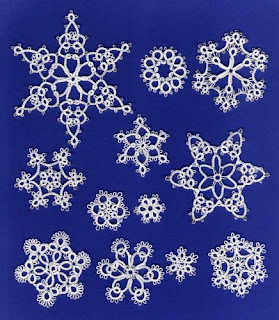 And finally, these are my own creations. I have posted patterns for two of the designs earlier. As for the rest, .........I'll see if I am up to it. 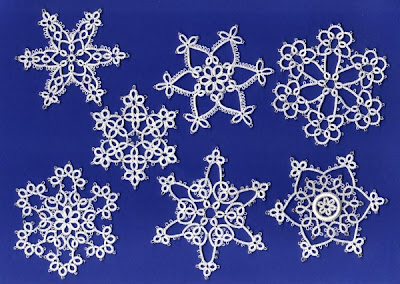 All counted, there are 39 motifs done. Hmmmm ... imagine that ... I completed my 2nd 25 motif challenge with this one posting.